Information on COVID-19 for Healthcare Providers: 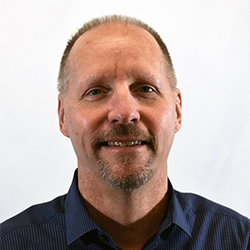 Conrad L. Flick, MD, is a Fellow of the American Academy of Family Physicians and has practiced in Wake County for over 25 years. He is managing partner and practices full time in a ten provider family medicine group, Family Medical Associates of Raleigh. He also serves as a physician consultant to and participates in CCNC.

He is a past president of the NC Academy of Family Physicians and a past member of the American Academy of Family Physician’s Board of Directors and served the AAFP as chair of their Committee on Special Constituencies and their Commission on Governmental Advocacy. He was an observer to the American Medical Association’s Relative Value Update Committee (RUC) for three years. He was a founding member and served nine years on the Board of the North Carolina Health Care Quality Alliance, a multi-stake holder organization started by the governor in 2008 with the sole purpose of improving the health of the people of NC through improving health care and health prevention and improving engagement by all interested parties in health care. He was an organizer and served six years as a Board member of Wake Key Community Care, an ACO with a joint partnership of the independent primary care physicians in his county and the county hospital, one of the largest ACO’s in the country, he served 4 years as the chair of its Finance and Operations Committee. He also recently helped organize Triangle Medical Group, IPA, to help independent primary care physicians’ in Wake and surrounding counties contract with Medicare Advantage products.

He received his undergraduate degree from North Carolina State University and his medical degree from Duke University School of Medicine and completed his Family Medicine residency at Wake Forest University. Dr. Flick was appointed as CCPN Co-President in April 2019 and joined the CCPN Board of Managers in October 2019.